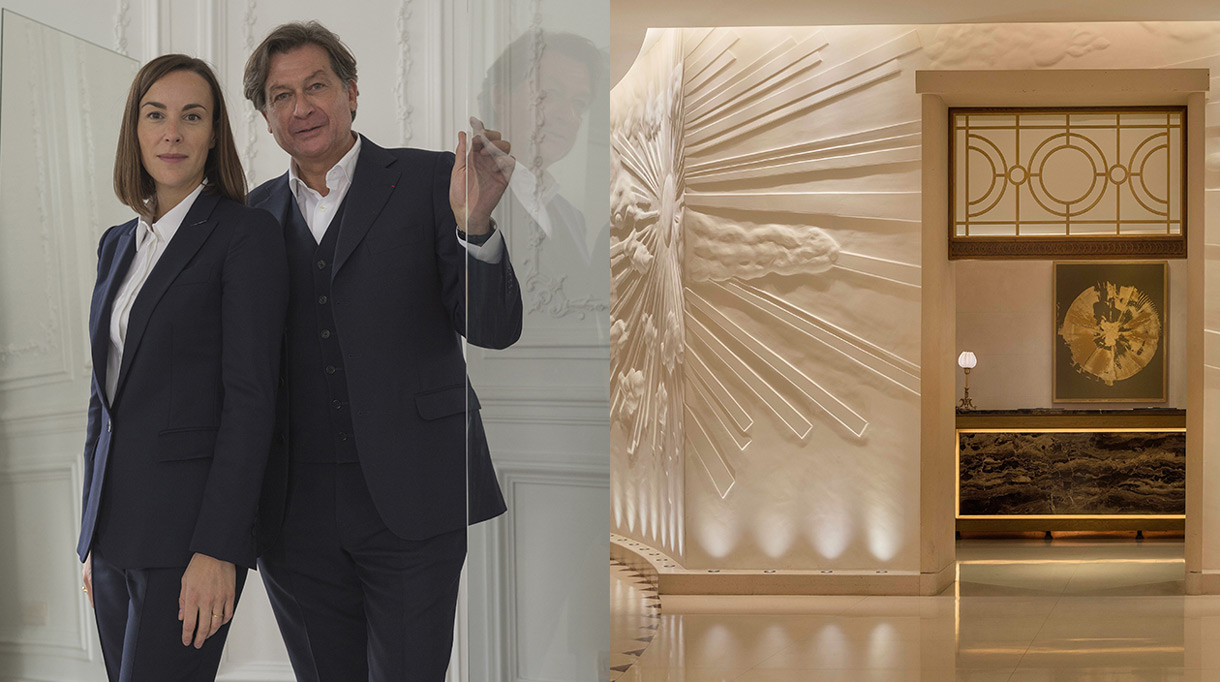 The interior architects Bruno Moinard and Claire Bétaille from the 4BI agency give the second branch of the Four Seasons Hotel a touch of French style. In East London, on the banks of the Thames, Ten Trinity Square sits in a privileged area of the City. It’s here that the Four Seasons occupies what was once the headquarters of the Port Authority. Classified as a historical monument, the grand building is a symbol of power and international exchanges. Indeed, the goods coming from East and West through the Thames were counted within these walls. 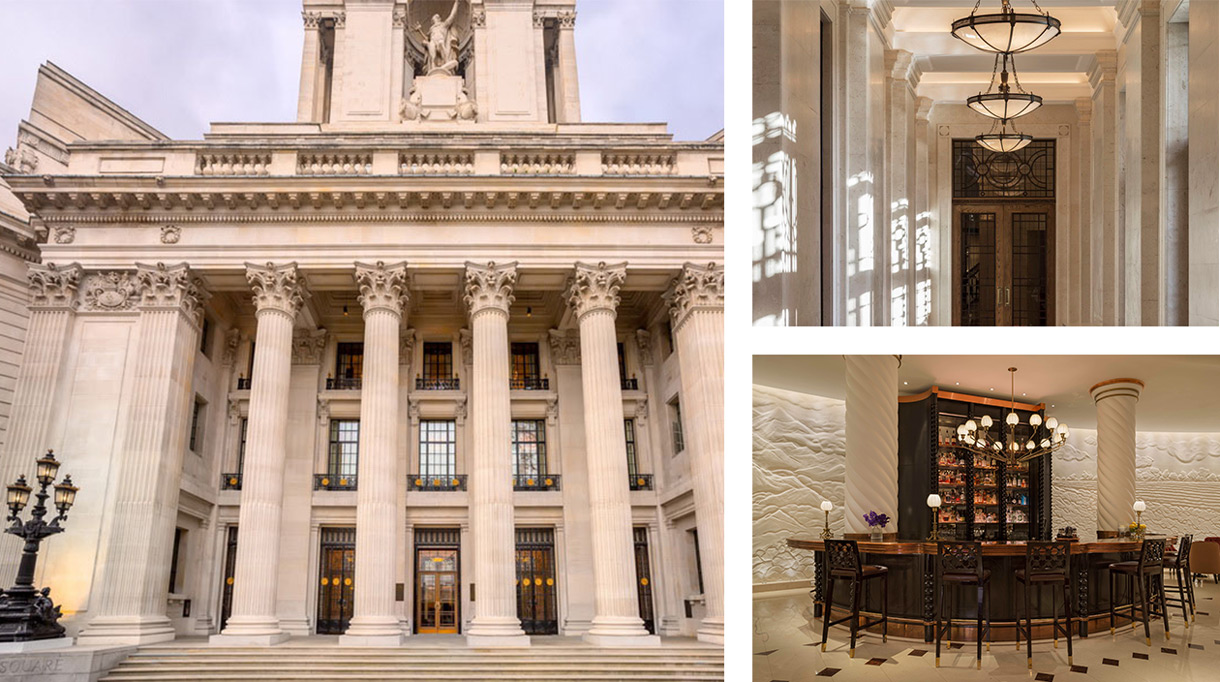 Above right: in an alcove in an intimate part of the lobby, one settles in the warm atmosphere of the bar area as if one were in an old library.

A beautiful tribute to the marine world

These travel stories fed the inspiration of the architects who have multiplied the maritime references. First of all, the entrance hall, the heart of the hotel, is a large circular room, built in the former courtyard of the building. The columns that bear the weight of its imposing dome are twisted like the ropes of ships and encircled with copper. Coral-red cabochons arranged in a circular pattern punctuate the light-coloured stone floor. The ceiling seems to take the shape of a concentric wave of water caused by the shadow of the central dome.  This hall also reflects the round shape of an astrolabe, an instrument of the navy. Created in accordance with Feng-Shui Bagua, it evokes cultural exchanges and universal elements.

The bas-relief drawings revive oriental symbols as well as western mythological stories. A 360° decor represents a landscape between sky and earth made of mountains and sea.

A private members club in partnership with Château Latour and Reignwood

Because 4BI transformed the cellars of the Chateau Latour winery in the Médoc, the agency was invited to suggest an English vision of the spirit developed in the south-west of France. The London club has a cigar room, a library and a billiard room, as well as a bar and a dining room reserved for members. 4BI has restored the old fireplaces, blown opal glass chandeliers, pendants, beautiful original mouldings and copper details. 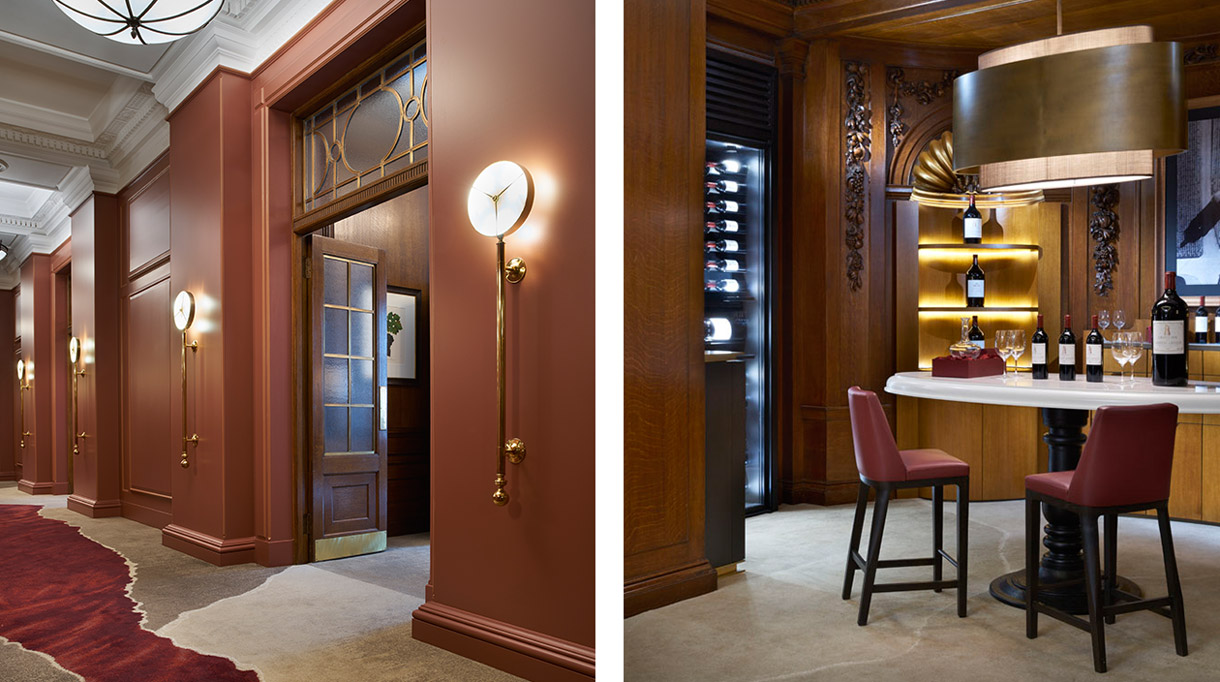 Club Château Latour of London – Four Seasons Hotel of London. Above right: the most spectacular piece of the Latour Club is the Tasting Room. 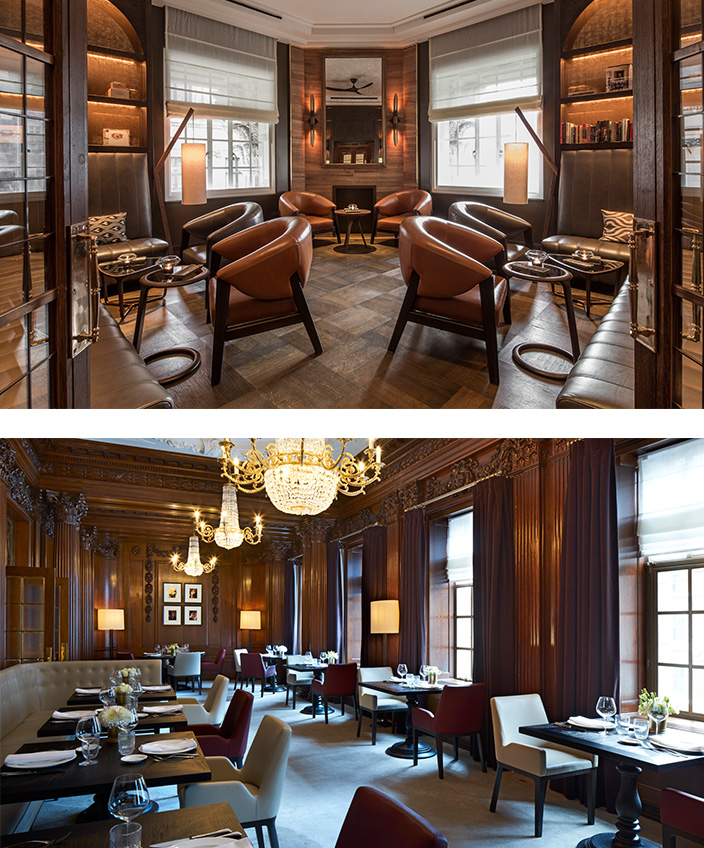 Dining room of the club Chateau Latour of London. 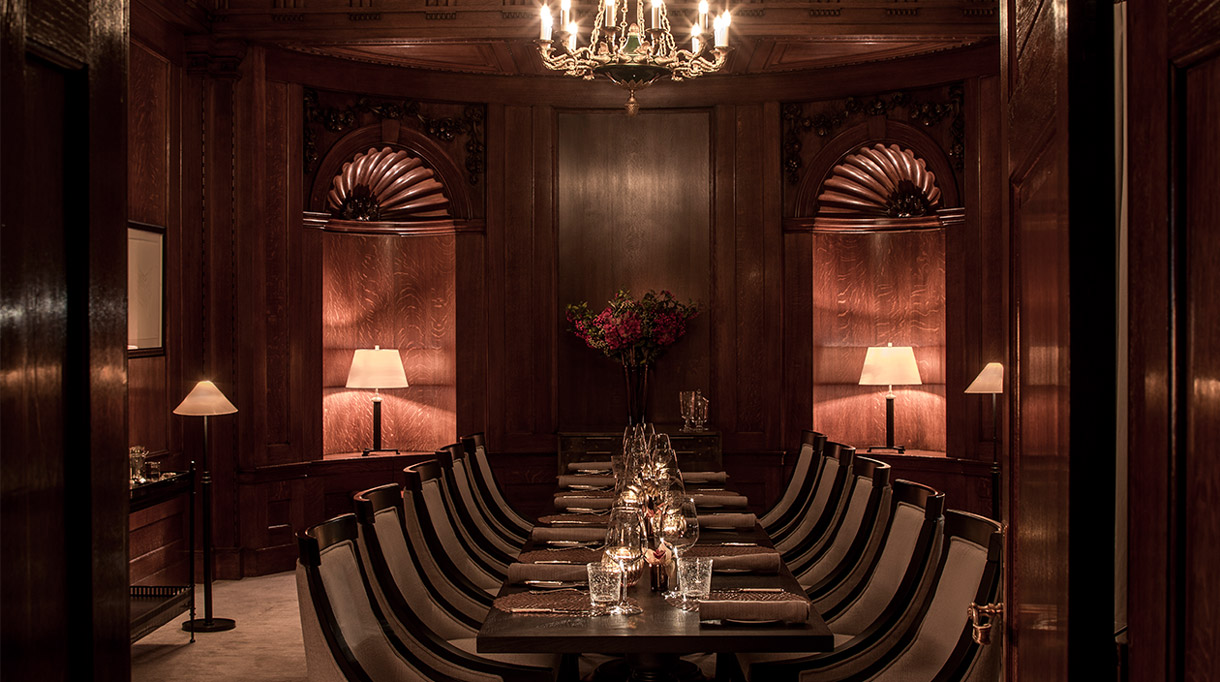 A warm and welcoming atmosphere

The rooms are particularly cosy. Woodwork, like in the most beautiful boat cabins, is widespread. There are soft carpets everywhere, inspired by the paintings of Bruno Moinard – architect and talented painter – which warm up the already wonderfully cosy atmosphere. 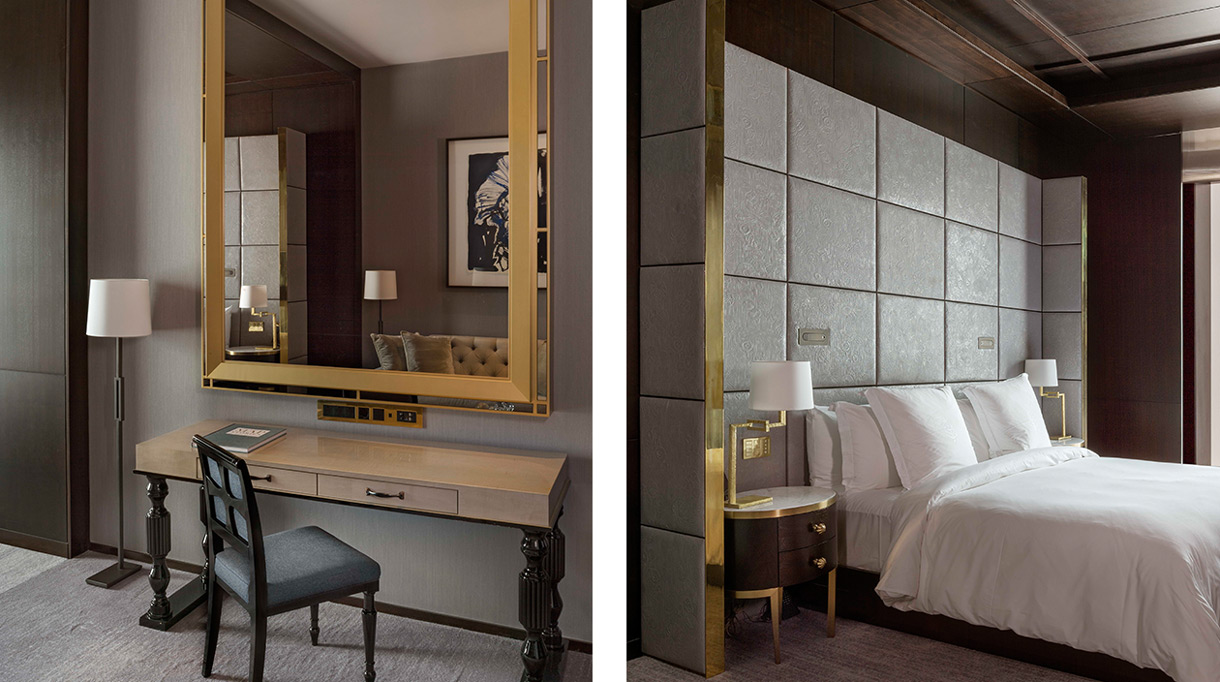 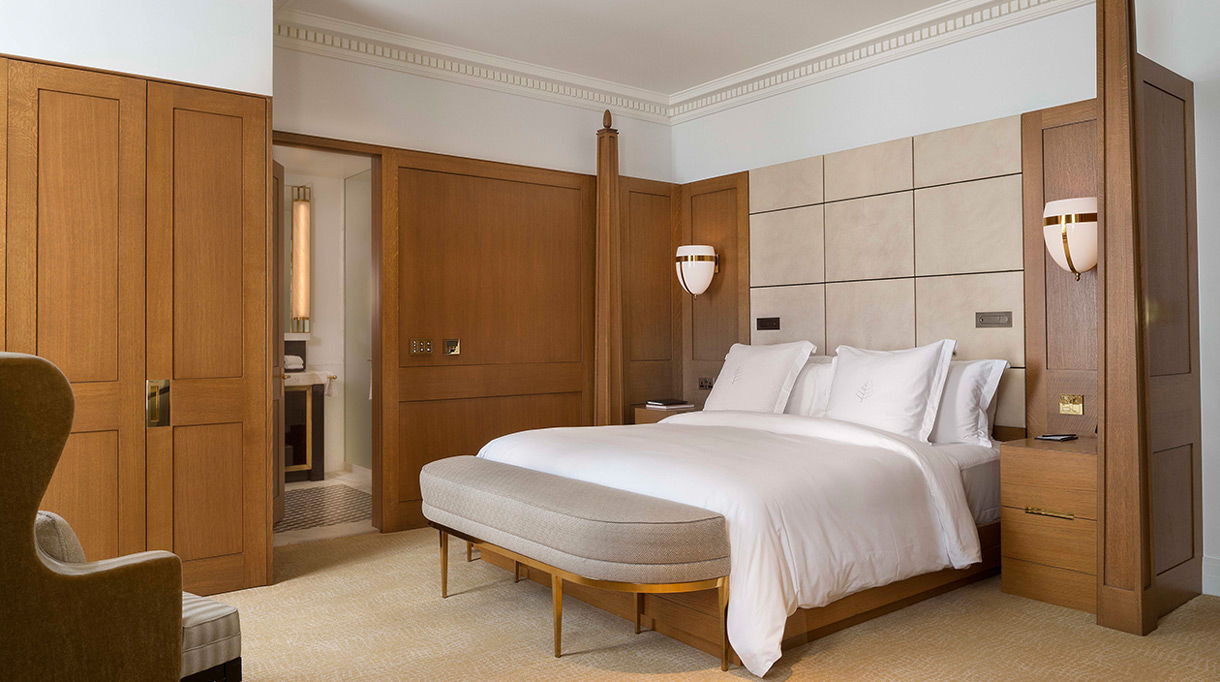 Each type of room adopts a specific atmosphere. The rooms are thought of as suites and are structured like boat cabins, rimmed with woodwork, in an enveloping and warm atmosphere. The beds are a modern reminiscence of classic four-poster beds. 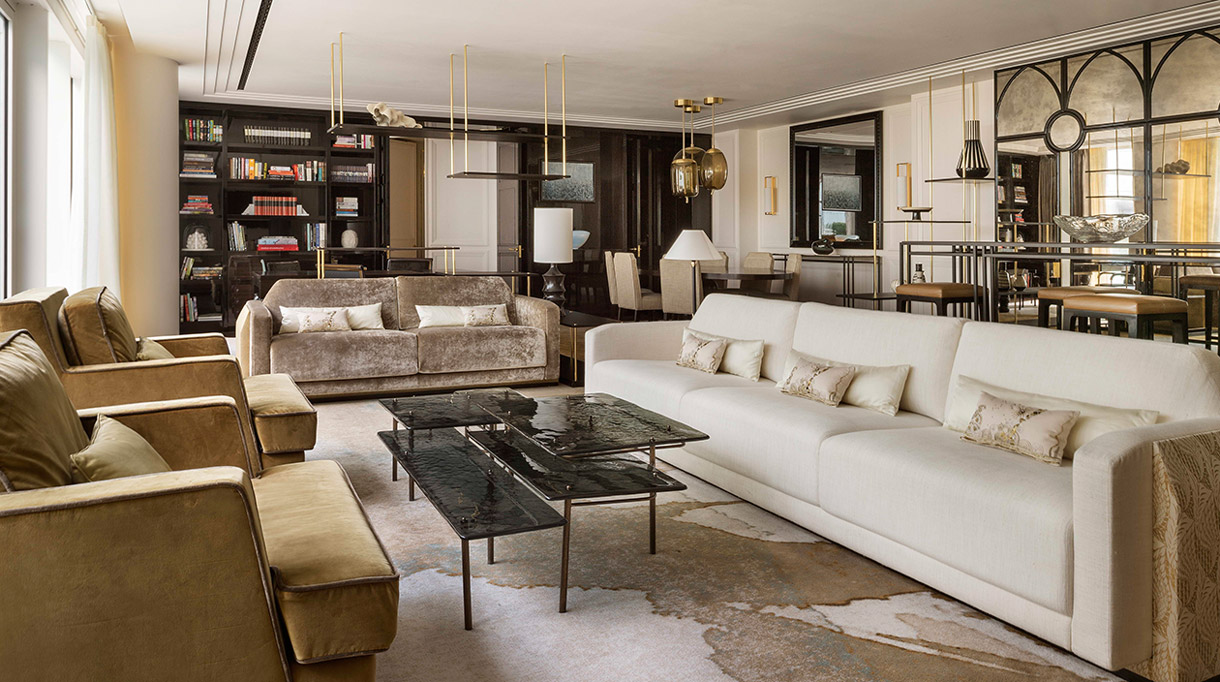 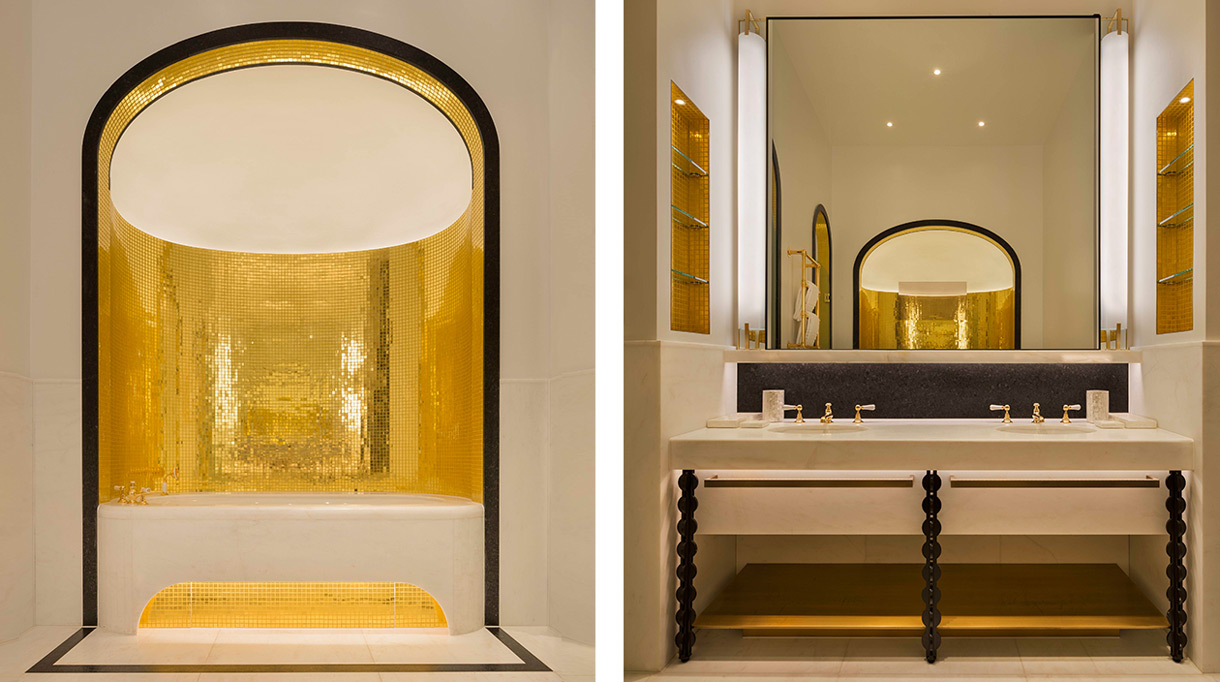 “As there is already a multitude of restaurants in London, our mission is to offer unique experiences of exceptional quality,” comments Antoine Corneille, Catering Director. La Dame de Pic restaurant is located in the majestic setting of a listed part of the hotel’s ground floor. The architects have designed rounded leather benches and numerous intimate alcoves with yet more columns and stylized mirrors. 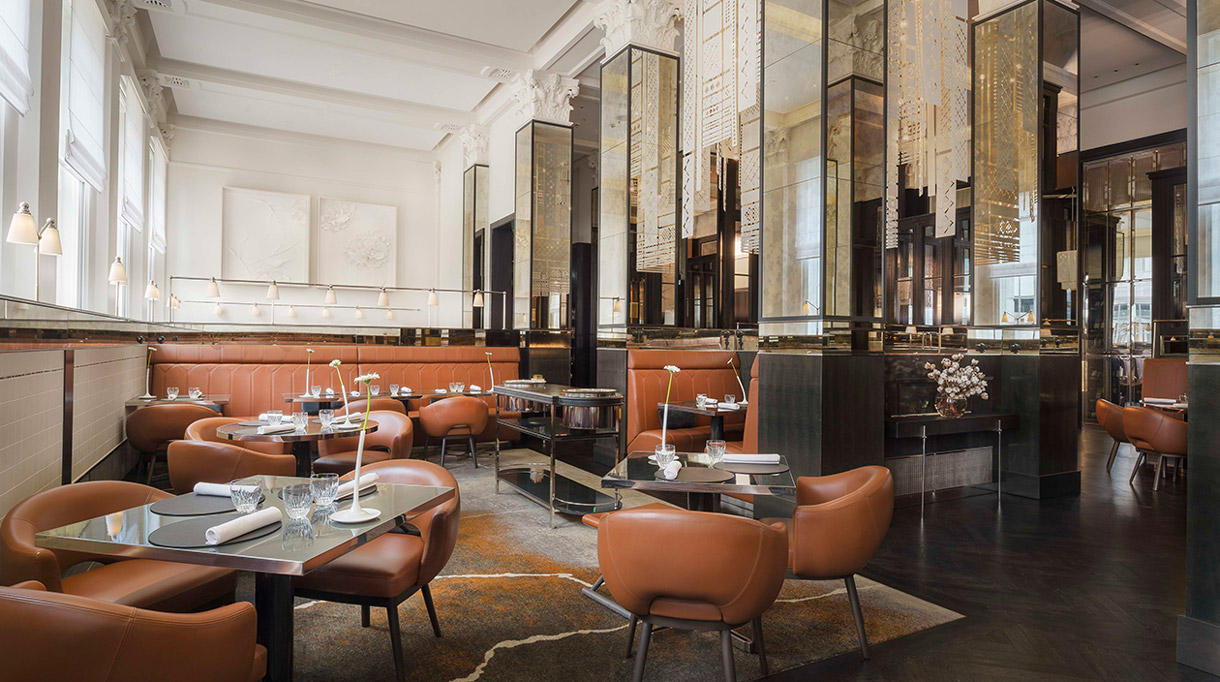 La Dame de Pic is the first restaurant of starred chef Anne-Sophie Pic. High comfortable camel leather banquettes, surmounted by mirrors, restructure the space. The floor is covered with a black parquet herringbone, a sycamore gray lacquered gloss, whose waves are reminiscent of the marine origins of the building and the Thames nearby. 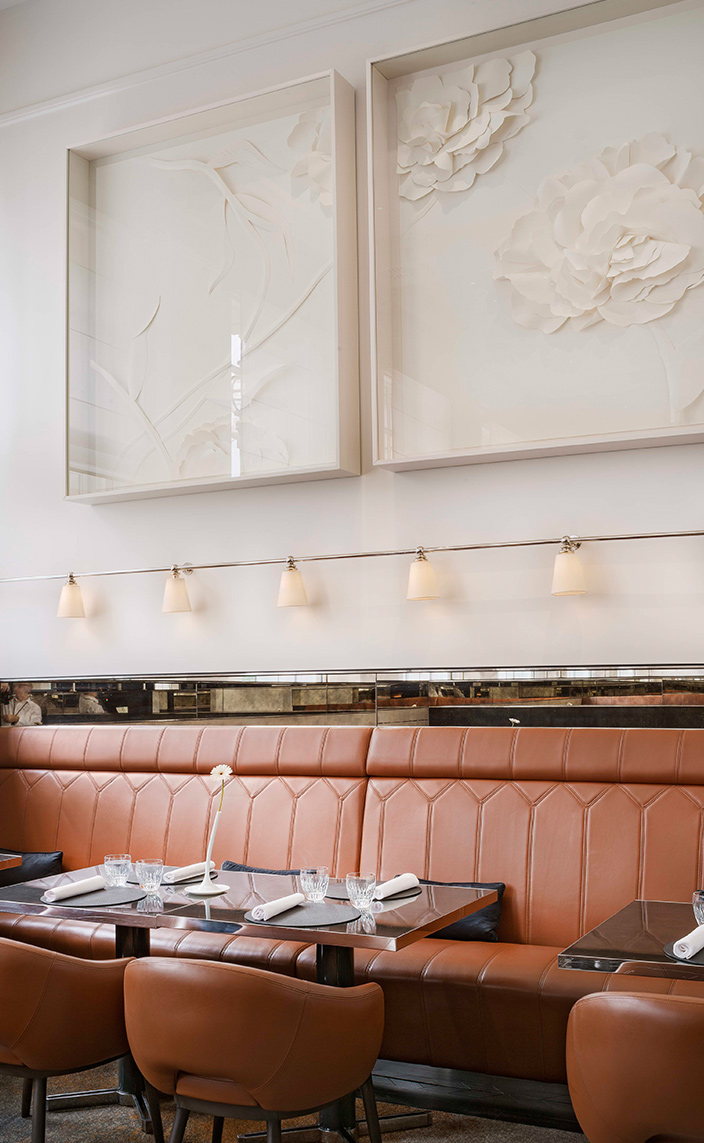 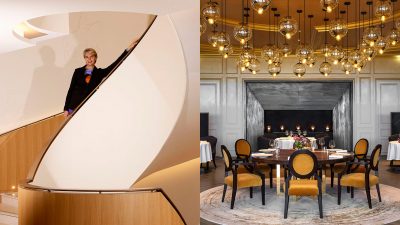 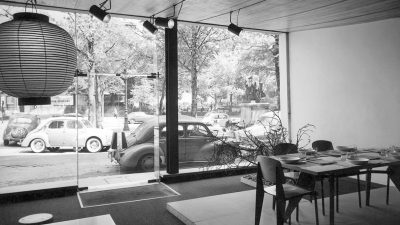 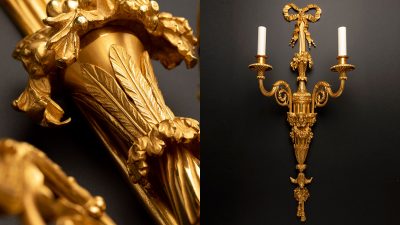 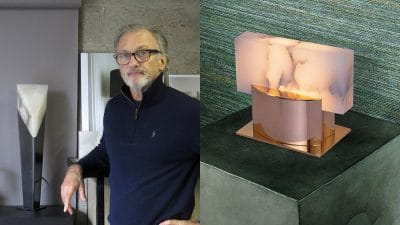 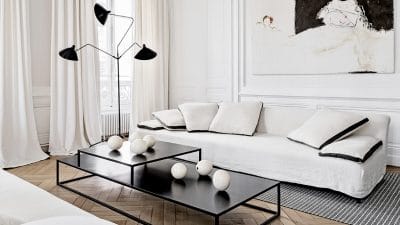