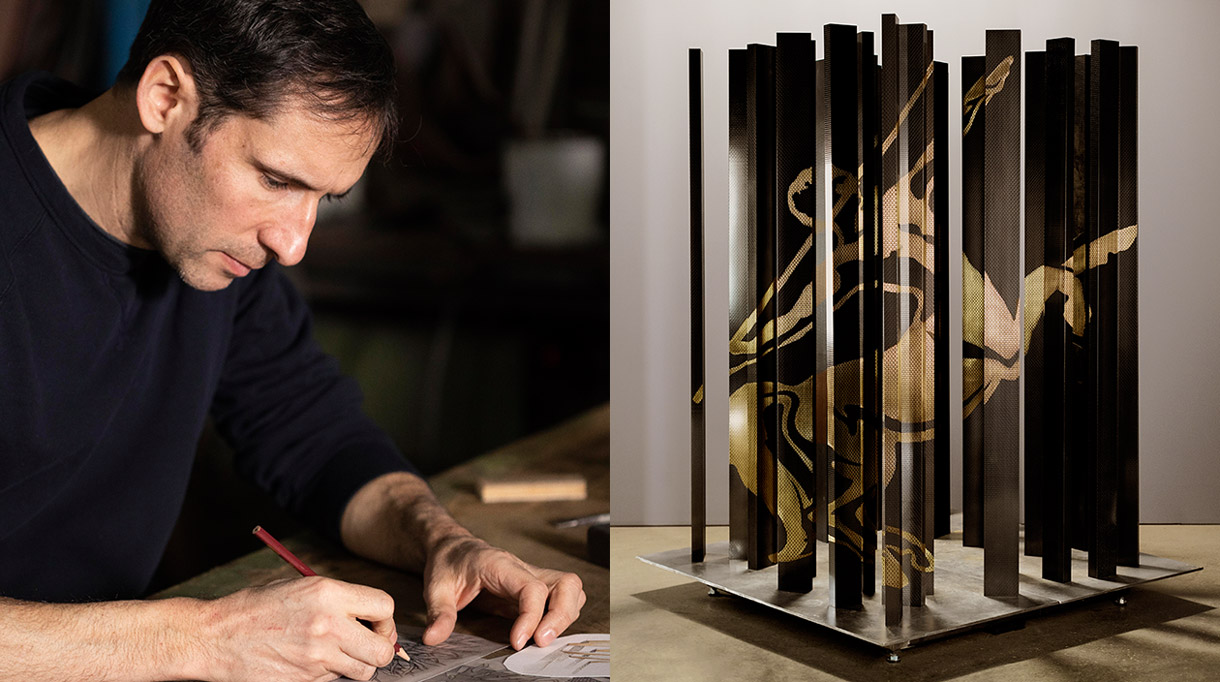 Steaven Richard has created an innovative technique in the field of metalwork and has now patented “artistic lamination.” This technical feat has led to a unique collaboration with Rémy Martin and the creation of two works of art: a centaur covered in sculpted lamellae and an exquisite carafe. 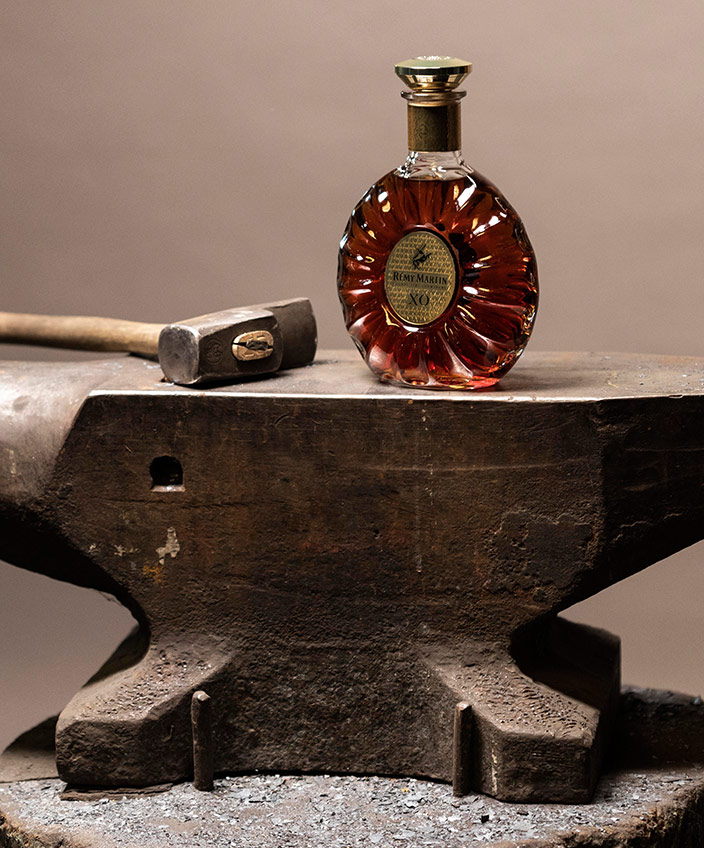 Steaven Richard is a creative craftsman

Trained at the school of traditional ironwork, Steaven Richard has been passionately working with art ironwork for over twenty years. In addition, his pioneering approach has constantly enriched the heritage of the traditional techniques of his profession. In his workshop located a few kilometers from Paris, he experiments and innovates, surrounded by his team. He acquired his savoir-faire from his family, while bringing it to new technical prowess. Because of his love for nature and the earth, he is inspired by creative dialogues with other worlds, and pushes him to experiment over and over.

This is how he creates a new savoir-faire. 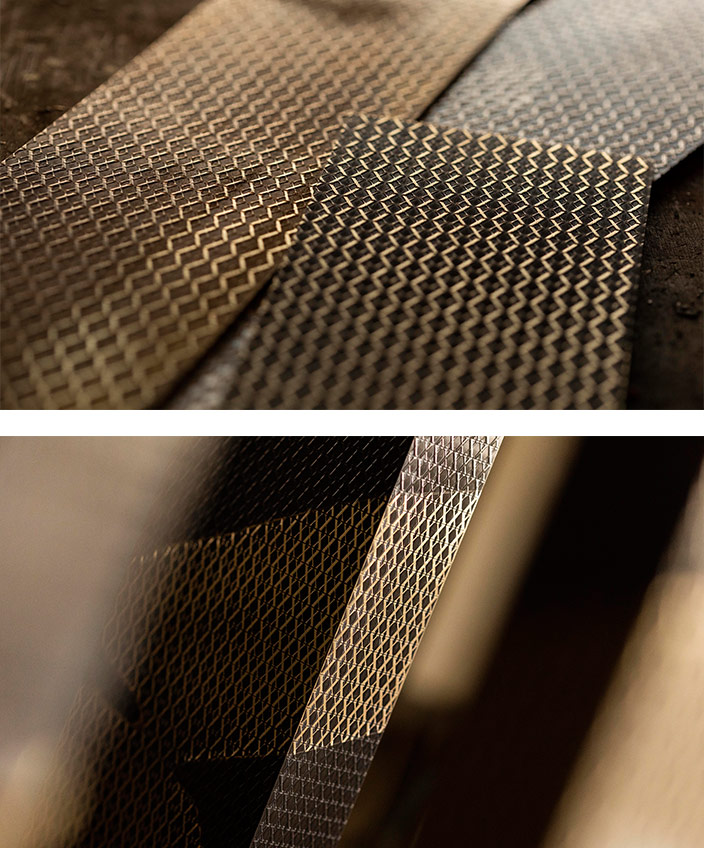 A traditional and pioneering savoir-faire

The union of his traditional savoir-faire and contemporary digital techniques has led to the evolution of his work and the creation of large-scale aesthetic projects. Thanks to specific techniques, he transforms the material by giving it a whole new dimension. It is imbued with the organic world thanks to its woody or vegetal effects. Textile motifs decorate brass and iron. The mastery of his processes produces an infinite palette of textures, patterns and colours. 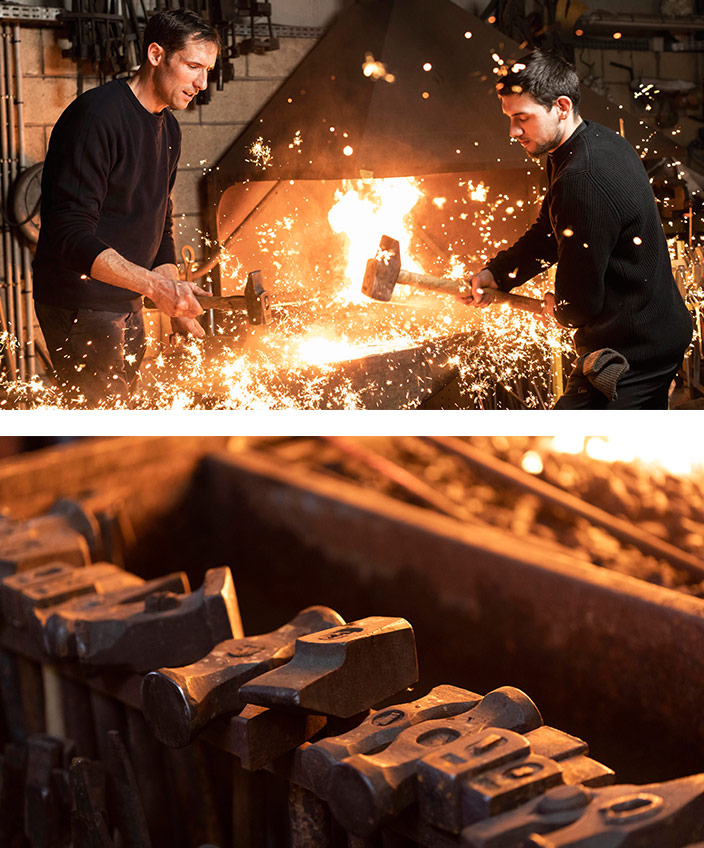 A centaur and a carafe for Rémy Martin

Maison Rémy Martin and Atelier Steaven Richard both have the label Entreprise du Patrimoine Vivant. This recognition mark established by the French state distinguishes French companies with excellent craftsmanship and industrial know-how. The latter is one of the starting points of the collaboration, in which Steaven Richard reinterprets the centaur, symbol of Rémy Martin. He creates a unique work whose verticality evokes the vines of the house’s estates. “I was inspired by Rémy Martin’s age-old bond with the ground, his love of nature, and something unique emerged, like a revelation: from the verticality of the vines rising towards the sky, this room stretching to the stars was born,” explains Steaven Richard. 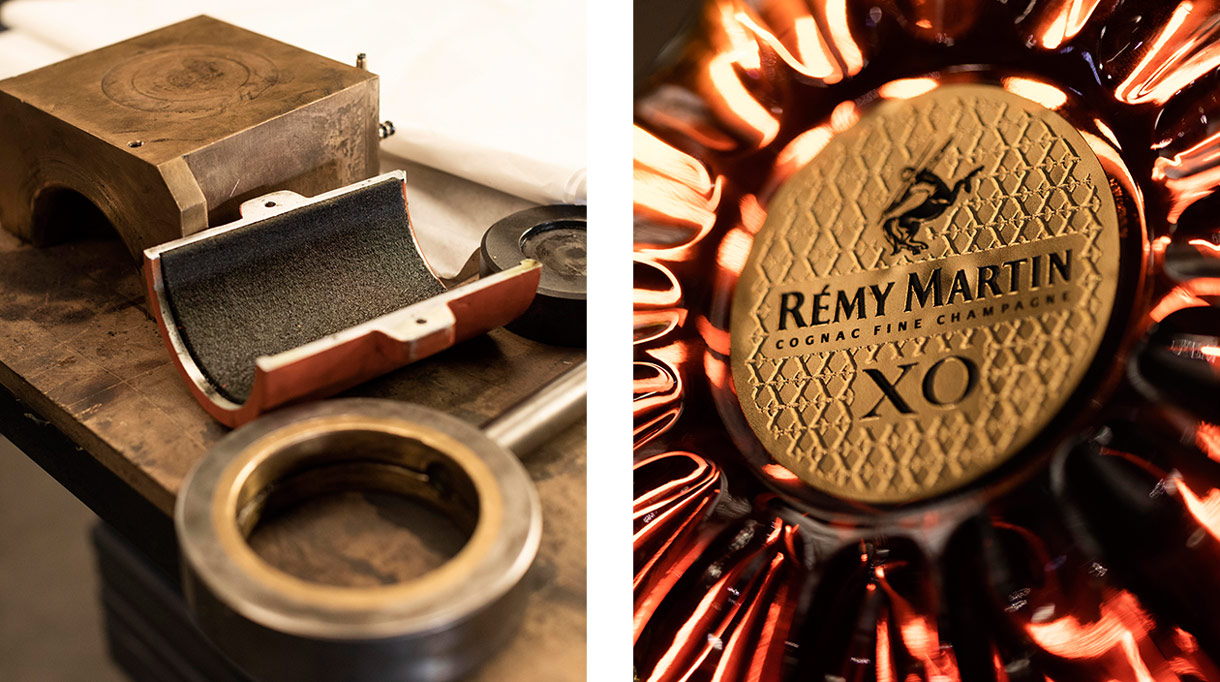 Through an anamorphosis, the artist reveals Rémy Martin’s centaur. Between optical illusion and craftsmanship, Steaven Richard’s patina invents a unique piece, both strong and mysterious. Finally, Rémy Martin also wanted to associate his iconic carafe with the world of this extraordinary artist. Steaven Richard invented a method for highlighting brass. This golden texture, based on the Rémy Martin XO motif, makes the decanter yet another work of art. 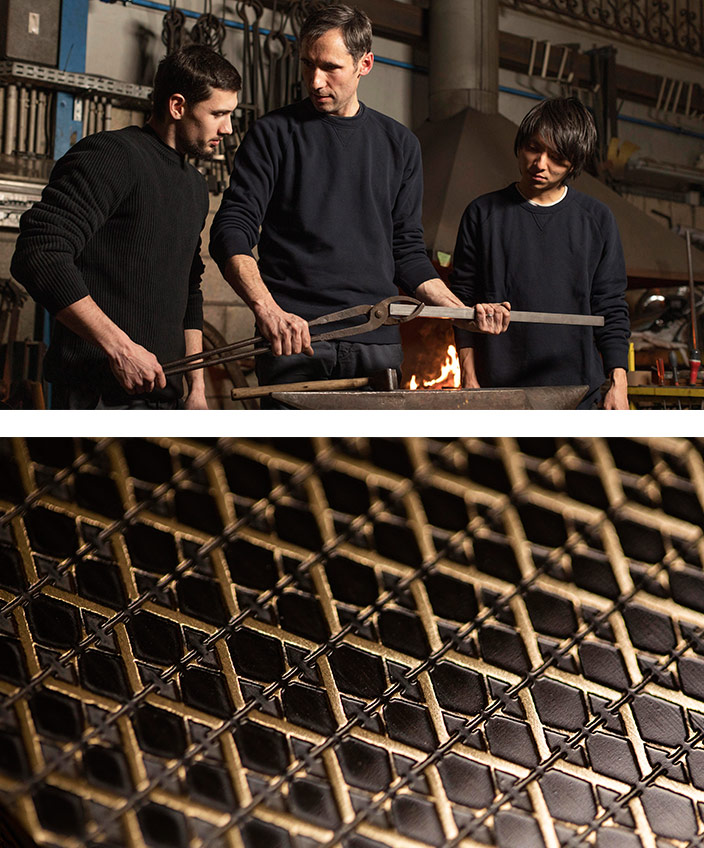 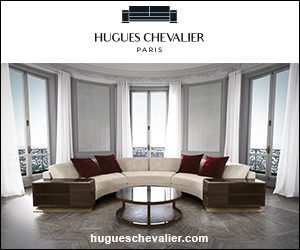 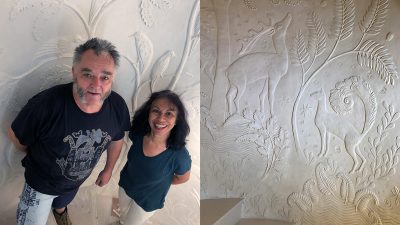 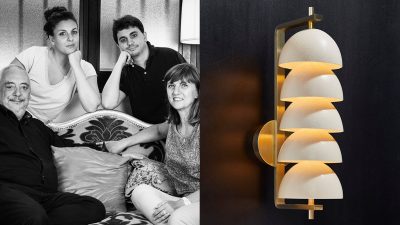 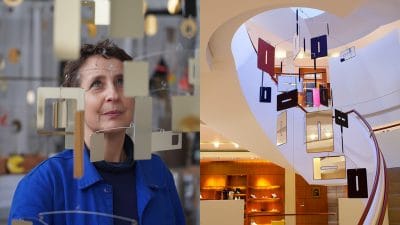 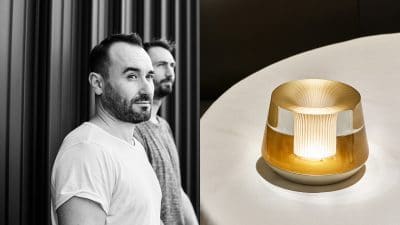 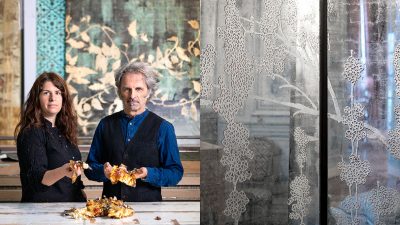