As surprising and inspiring as her creations, Christel Sadde has been designing mobile sculptures inspired by kinetic art and geometric abstraction for 19 years. As well, as prestigious objects that caught the eye of Signatures Singulières Magazine. 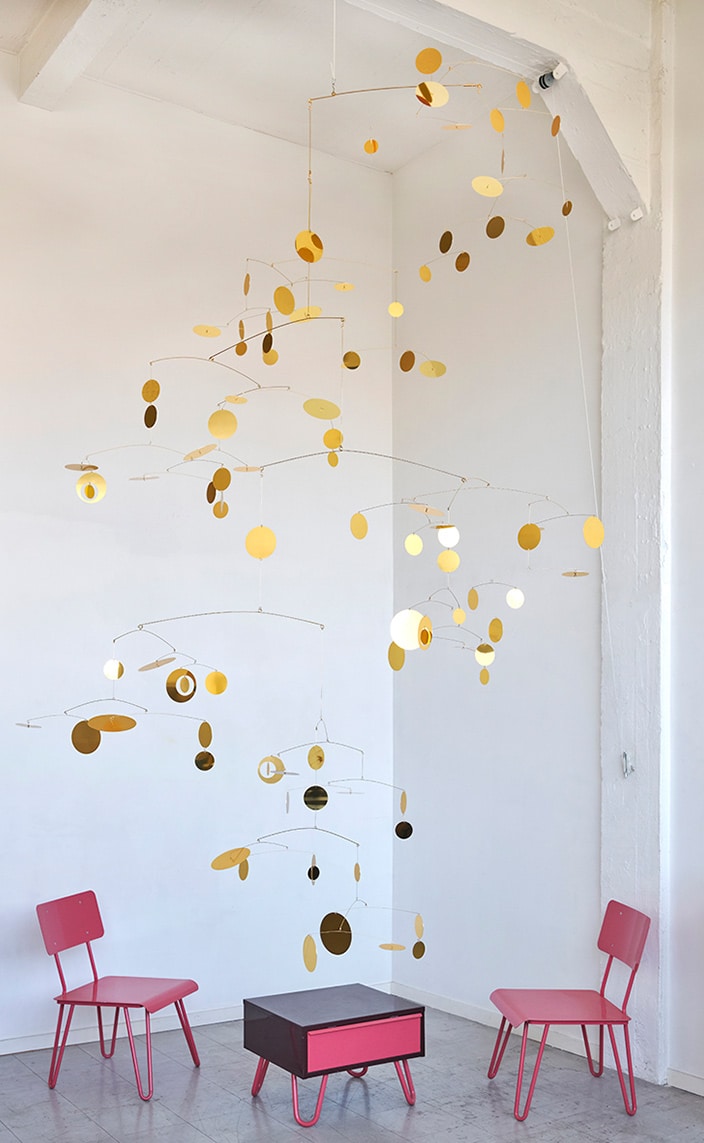 The mobile sculpture, an inspiration fallen from the sky

While pushing the door of a Parisian store that Christel Sadde, a graphic designer at the time, discovered a large mobile on a stand, made of birds cut out of  cans. In fact it was love at first sight! She buys it and,  tries to contact its creator. At the heart of the Barbès neighborhood, she met a 75-year-old American artist who livesand creates over flowing works in a small studio. Moreover, she was a remarkable character who was part of the Art-Cloche movement. Then, a friendship is born. A new vocation too. Indeed, this meeting makes her discover the world in three dimensions. Christel began to dream and  imagine living forms, forms in volume, evolving in space. She then imagines delicate and mobile sculptures. A Work that defy the laws of gravity and create, in the air, a subtle and poetic dance, a moment of magic and softness. Works that she baptized “Les Volabiles”. 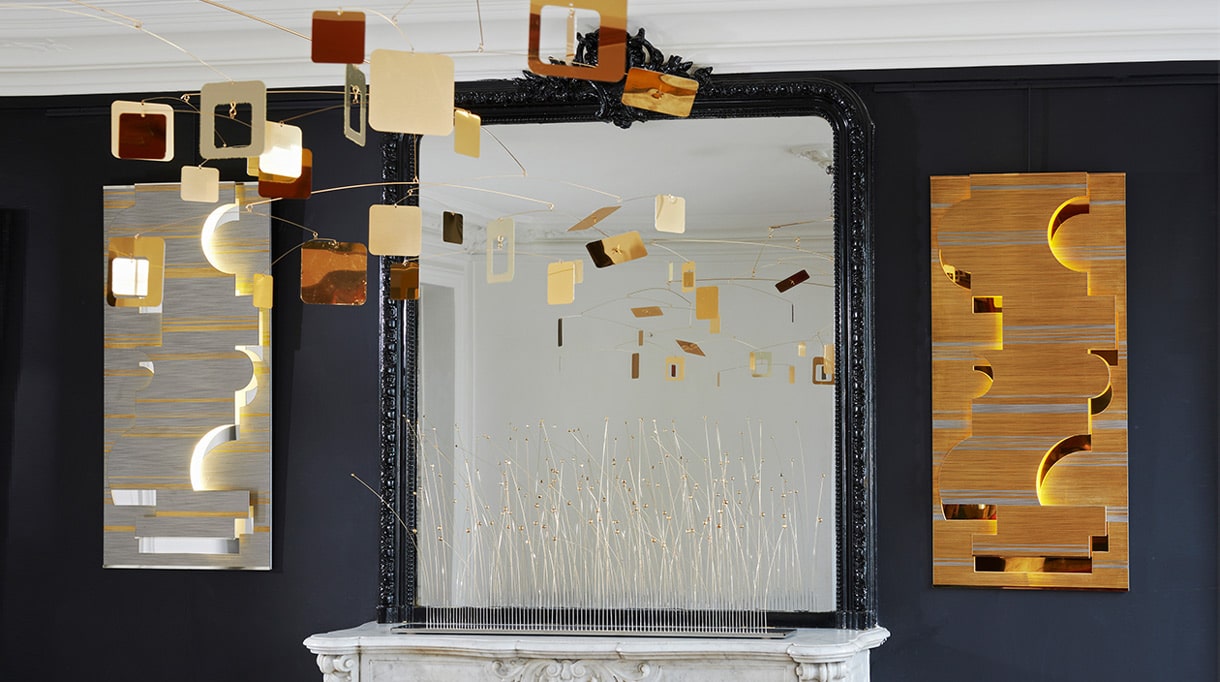 Christel Sadde, a French designer who imposes herself as a master

It took Christel little time to launch and to captivate. A few months after this epiphany, the designer made two prototypes and approached the Sentou Gallery in Paris which immediately placed an order for 100 mobiles. It was a success, the press and international museum stores were interested in her creations. What appeals is the poetry and lightness that emerge from her Volabiles. Not only the general public is interested, but also prestigious brands. Inès de la Fressange, ambassador for Roger Vivier, orders XXL Volabiles for boutiques in Paris, Hong Kong, Shanghai and New York. Just like Pascale Mussard of Hermès. Prestigious orders that will direct her towards the production of high-end unique pieces or limited editions. 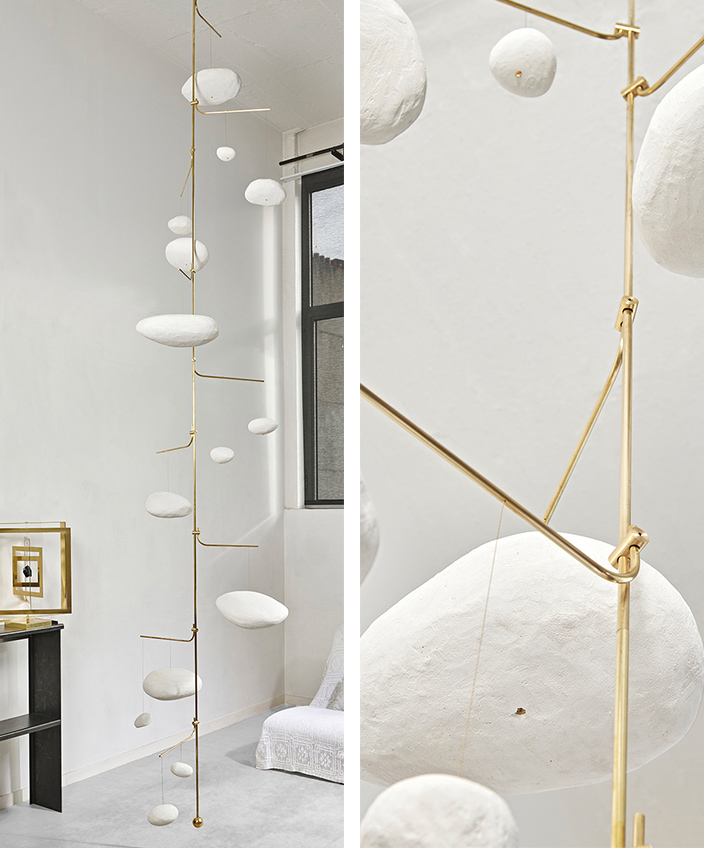 Volabile “Arbre Nuage”. Trunk of 9 branches in brushed brass and 14 clouds suspended in polystyrene and plaster. This sculpture can find its place in a stairwell.

A work of high precision

Since 2008, Christel Sadde unique pieces or very limited series, numbered and signed, which she has created in collaboration with French artisans. From the materials to the finishing touches, the entire manufacturing process meets the requirements of French luxury. In fact, no matter what she creates, the designer is haunted and obsessed by the desire for impeccable geometry.”I bend all my stems by. A software program designed exclusively for me, that allows me to calculate the balance of each of my mobiles to the exact millimeter. I can design them as large as I want and on a single point of attachment. I have no limits”, confides Christel Sadde. 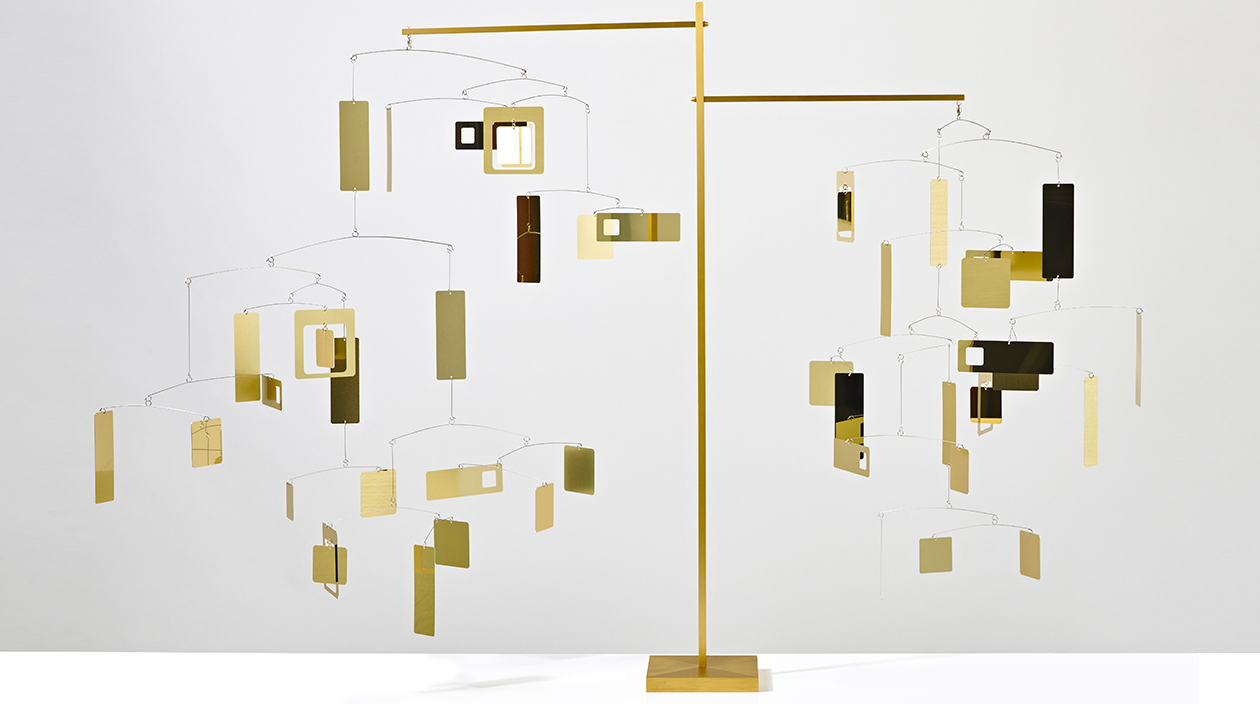 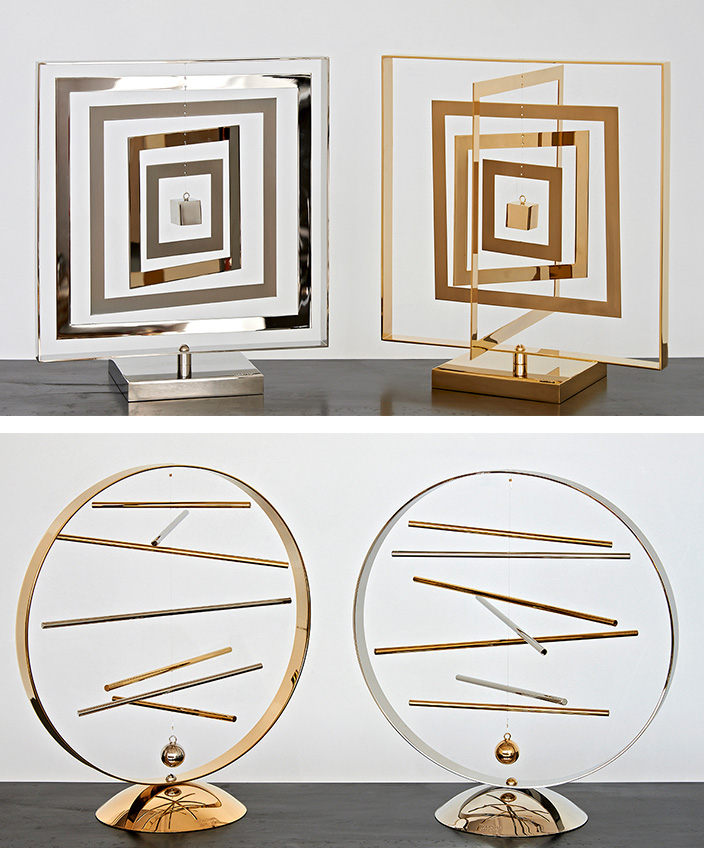 More than creations,  works of art

Christel Sadde draws her inspiration everywhere, all the time and imagines unique works that tell stories in their very own right. To discover: 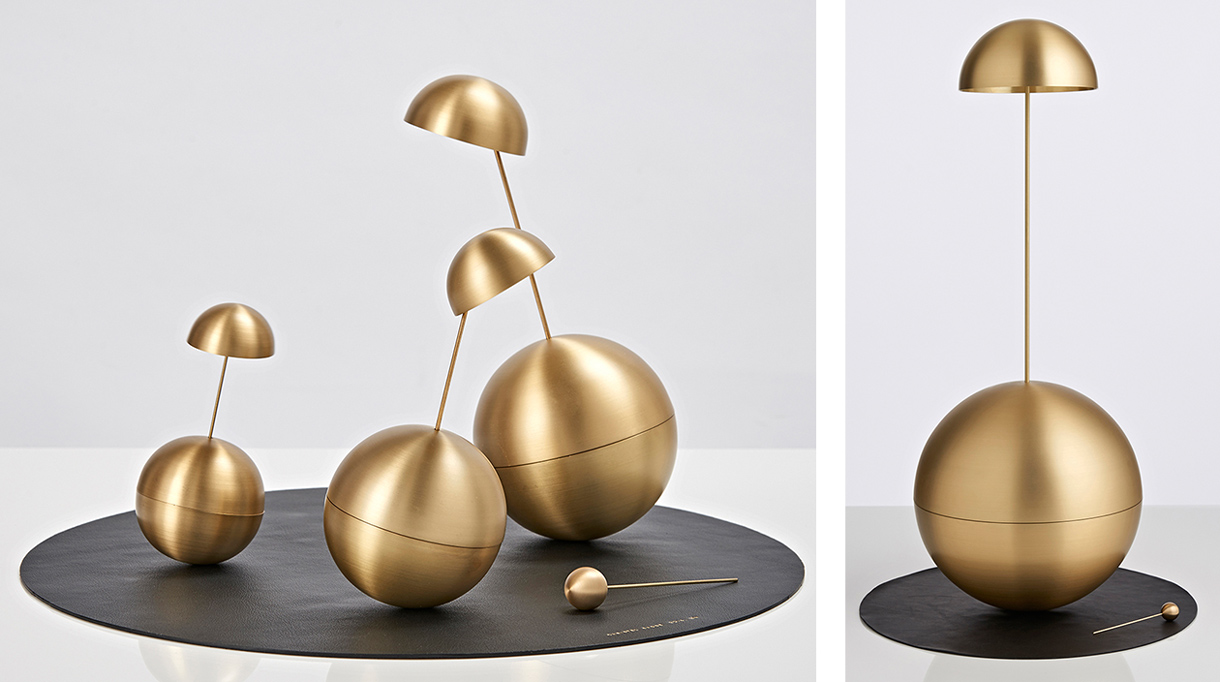 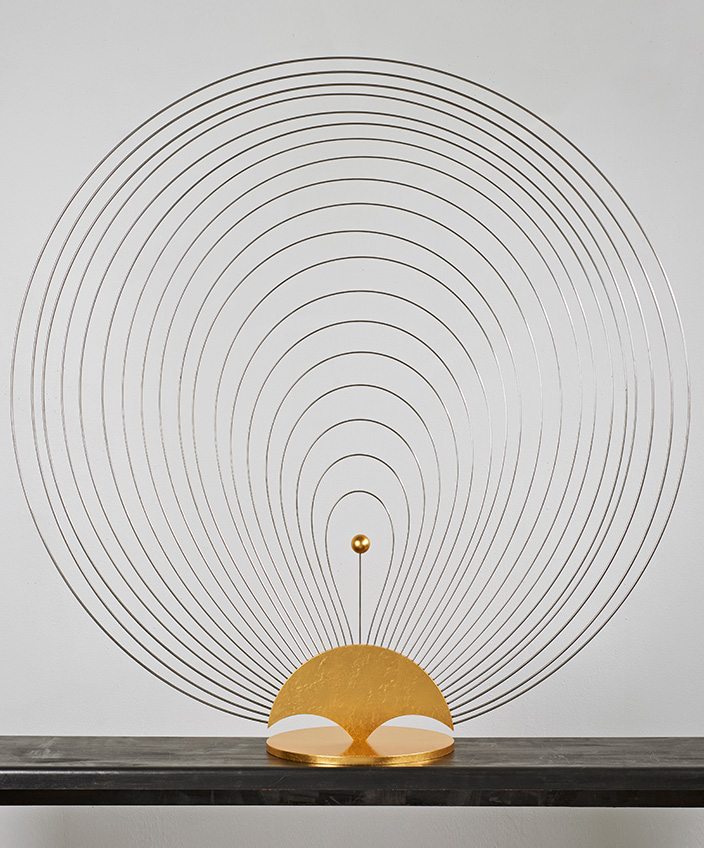 Christel Sadde in her workshop in Paris. 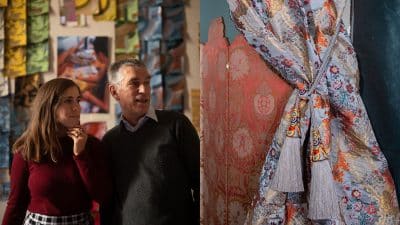 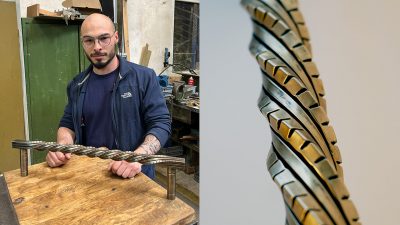 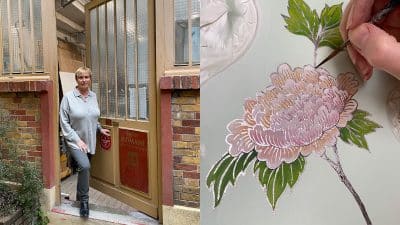 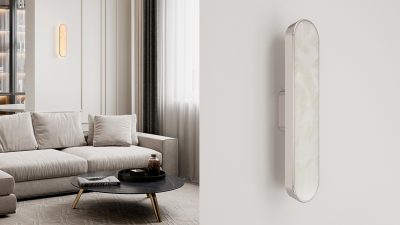